Fad diets and extreme weight loss methods have been trending for a long time – as far back as ancient Greece. Some are unconnected to food, some are counter-productive and some are even deadly.

This article will look at some of the weirdest weight loss diets in history and will help you identify the ones that work.

In 1903, Horace Fletcher was nicknamed “The Great Masticator” because he lost 40 pounds to be eligible for a health insurance plan. He lost weight by chewing each bite of food 32 times and then spitting out what was left.

In the 1920s, doctors prescribed the cigarette diet to curb hunger while trying to lose weight. Rather than eating a piece of fruit or another healthy snack, people on the cigarette diet would simply smoke a cigarette when they felt hungry between meals. In need of a zero-calorie snack to curb hunger, some people have resorted to eating cotton balls dipped in liquids. This diet has far more risks than benefits, including intestinal obstructions, choking risks, toxicity, and malnutrition.

This was the first low-carb diet. Its creator, Robert Cameron, sold copies of “The Drinking Man’s Diet” pamphlet for $1 each in the 1960s, and he became a millionaire this way. This diet encouraged people to drink alcohol with every meal, and there were no restrictions for vodka or gin. Although the Harvard School of Public Health declared the drinking man’s diet unhealthful, you can still buy a copy on Amazon. In 1830, vegetarian Presbyterian minister Sylvester Graham proposed that overweight people were overweight because they had too much sex. He proposed a diet of vegetables and sexual abstinence. He was also the creator of graham crackers.

In the early 1900’s soaps such as “Fatoff” claimed to be able to wash off fat. Treatments were advertised to reduce fat wherever the cream was applied to the body. Similarly, many bath powders are claimed to help people lose weight.

In the early 20th century, baby tapeworms were sold inside capsules that people would ingest to help them lose weight. However, as the baby tapeworms grew into 25-foot adults, they started causing people to have dementia, meningitis, seizures, and cysts on their brains, eyes, and spines. This led the US government to ban the sale of tapeworm capsules.

Despite being banned, this diet still exists today with capsules sourced from disreputable black market sellers.

In the 1820s, Lord Byron encouraged people to use the vinegar diet, which called for plenty of vinegar throughout the day, along with one raw egg and one cup of tea each day. This diet also induced nausea and vomiting. This diet is based on the idea that wearing specially-tinted glasses can help you lose weight because the mix of colors could help curb appetites and improve weight loss.

How to Identify a Diet Does Not Work

Most diets that are initially effective but do not provide lasting results are restrictive and unsustainable. Restrictive diets are hard to stick to because they cause cravings and deprivation of certain foods and ingredients. Many people who try these ultra-restrictive diets break them within the first few weeks and then gain back the weight they lost.

Diets that Focus on Only a few Foods or Food Groups

Some examples of diets that focus on only a few foods or food groups include cabbage soup, grapefruit, raw food, strict vegan, and many low-carb diets. You need to eat various foods to get sufficient nutrients, so you should steer clear of any diets that do not let you eat from each of the five food groups.

Many people drop these diets because they give in to cravings for their favorite foods that they are not allowed to have, which can lead to unhealthy binge eating and weight gain. All foods can be made part of a healthy diet as long as they are enjoyed in moderation. Some examples of “detox” diets include the Hallelujah Diet, the Martha’s Vineyard Diet Detox, and Master Cleanse. Anything involving bodily cleanses, colonics, hormone injections, or liver flushes should be considered a red flag.

These cleanses are not supported by science, and your kidney and liver are in charge of detoxing your body naturally without any special detox diet routines.

Diets with “Miracle” Foods or Ingredients

Some of these ingredients do have health benefits – in moderation. Green tea, for example, contains antioxidants that may help boost brain function and protect against certain diseases. Apple cider vinegar, meanwhile, may help people with diabetes lower blood sugar. Taking a multivitamin once a day can be a good way to ensure you get your daily vitamins.

However, you should get most of your nutrients from a balanced diet, not high-dose dietary supplements.

Some examples of fasting and low-calorie diets include the Hollywood Diet, the “Skinny” vegan diet, and Master Cleanse.

Not consuming enough calories forces your body into starvation mode, which adjusts your metabolism, so you do not need as many calories to function properly. Still, when the fast is over, and you go back to eating a normal number of calories, your metabolism does not readjust, and you end up eating more than what your body has accustomed to. This is known as the yo-yo effect.

The weight you lose while fasting is fat, fluid, and muscle, but when you put the weight back on, it will be in the form of fat. Fasting is also likely to cause you to feel unwell and have low energy.

It is realistic to expect to lose half a pound to one pound per week, but anything significantly more than that is unrealistic.

Diets that Sound too Good to be True

It is probably not worth trying if it sounds too good to be true. Avoid any diets that contradict expert information or claim to have a “secret” or “magic bullet” for weight loss.

The best way to lose weight is to make permanent lifestyle changes to be healthier. If you are uncertain about a diet, you should seek support from a healthcare professional who can help guide you toward the safest and most effective weight loss methods.

Wegovy™ (Semaglutide) medications will help you on your journey toward your desired body no matter which Medical Weight Loss program you choose to implement. It’s the only effective and FDA-approved medication for long-term weight loss management. 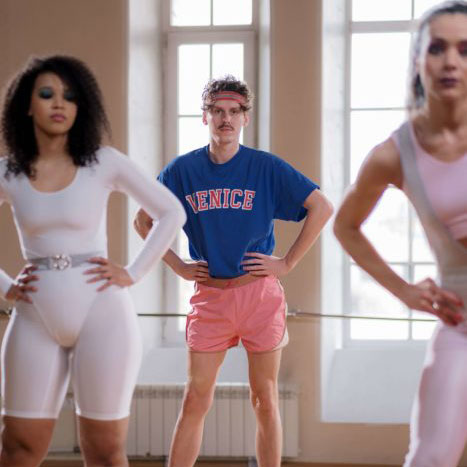