Nicotinamide adenine dinucleotide or NAD is a powerful naturally occurring coenzyme that can help improve your brain health with its potential to restore, protect and boost your neurological function. Through Drip Hydration’s NAD IV therapy delivery service, you can enjoy all the benefits of NAD from the comfort of your home or office.

Nicotinamide adenine dinucleotide or NAD is an essential coenzyme found in the body of every living mammal. As one of the most important cofactors in the body, its primary role is to help mitochondria generate cellular or metabolic energy for the body.

With high levels of NAD, mitochondria, the power plants of the body, generate enough energy to power your cells. However, when NAD levels fall, mitochondria generate significantly less energy, starving your cells of energy.

As you age, your body produces less NAD, which in turn starves your cells of energy. When this happens, cells deprived of energy start malfunctioning. This malfunctioning is what we call aging and comes with all the symptoms associated with aging.

How Does NAD Influence Brain Health and Neurological Function? The brain is the most energy-intensive organ in your body. A good number of calories you burn when at rest are used up by your brain. When you engage in activities, this energy consumption goes up.

By restoring or boosting the amount of NAD available to your body through NAD IV therapy, mitochondria can operate at optimum levels, which may help improve your brain health.

What is NAD IV Therapy?

As your body ages, NAD supplies to the brain and the rest of the body begin to fall. It’s not fully understood why this happens. However, scientists have discovered that by boosting NAD levels in the body through a NAD IV home infusion, cells can go back to functioning at optimal levels.

How do you get NAD into your body in the quickest, safest and most efficient manner? You do so through NAD supplement IV therapy.

NAD IV therapy involves the infusion of carefully calibrated amounts of NAD supplement into your body via an IV catheter and tube.  Through this delivery method, NAD enters your bloodstream in its purest form, achieving one hundred percent bioavailability to your cells.

What is in a NAD IV Therapy Formula? 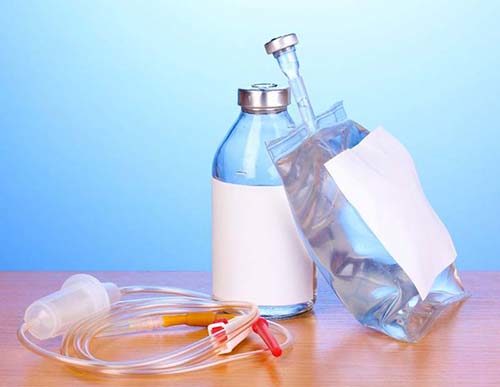 At Drip Hydration, our proprietary NAD IV therapy formula consists of a carefully selected and calibrated cocktail of NAD and vitamins selected for their potential to boost brain health and function.

As a base, the IV formula consists of a hydrating sterile saline solution. These fluids deliver the rest of the ingredients directly into your bloodstream. In addition to NAD, the formula includes Vitamin B12, a range of B-Complex Vitamins, Vitamin C, and glutathione.

Although we have proprietary formulas, we understand that some clients may have variable needs. To meet these needs, we offer a variety of IV add-ons and booster shots that can improve our clients’ health and wellness. Whether you are looking to boost your mental performance or restore your memory, NAD IV therapy can help.

If you struggle to concentrate, it may be because your brain does not have the necessary tools to maintain high levels of sustained focus. In some cases, this is caused by low levels of metabolic energy in the cells. NAD IV therapy boosts NAD levels, which may increase metabolic energy and enable your brain cells to operate better for longer.

Stimulants like coffee trick your brain by inhibiting a neurotransmitter called adenosine that’s responsible for notifying your brain when it’s tired. Your brain cells, therefore, end up overworking.

NAD works differently. Instead of forcing your brain cells to overwork, it increases the amount of energy being converted into cellular energy, which can give your brain cells the power they need to work at their best.

Memory decline is a sign of aging. As you age, brain cells struggle to retain their memory capacity due to burnout, low energy levels, and other natural cellular changes. NAD IV therapy can help you get back your memory by helping regenerate your brain cells and neurotransmitters, which can reverse the effects of aging.

After a long day at work or an intense session at the gym, you may feel mentally burned out. Battling traffic can also do this to you. In such cases, NAD IV therapy can help restore your mental state to one filled with energy, vitality, and composure. NAD helps reenergize your brain cells, helping your brain recover from fatigue faster.

NAD is known as the antiaging cofactor, and for a good reason. Scientists have found that when subjected to NAD therapy, brain cells reverse in age, going back to operating at younger-age levels. By improving NAD levels, you can potentially reverse or slow down the adverse effects of aging.

Brain diseases like Alzheimer’s and Parkinson’s are caused by factors such as neurodegeneration and cell necrosis. That is, brain cells begin to break down and die. Studies suggest that a lack of enough metabolic energy may be responsible for this decline. By boosting NAD levels in the body, it is possible to increase metabolic energy in the brain, which can help stave off mental disease.

How Does an At-Home IV Therapy Appointment Work?

Drip Hydration offers modern and convenient NAD IV treatments in the comfort of your home. If you hate getting stuck in traffic or would like to undertake the therapy at a place of your choosing, you will be pleased to know our IV therapy services come to you.

After booking an IV home infusion appointment, our nurse will come to you with all the needed equipment. You’ll need to be somewhere where you can comfortably sit for three to four hours, which is the time it takes to administer a NAD treatment.

To administer the treatment, the nurse will set up an IV bag over you and use an IV catheter and tube to connect the bag to your arm. The IV contents will then drip into your blood using the power of gravity. The nurse will remain available through the duration of the treatment and only leave once the treatment is over and all the equipment has been removed from your place.

How Often Can You Get NAD IV Therapy?

NAD supplement therapy, unlike our other IV therapies, requires a bit more time to infuse into your body. This is the case because NAD is a bioactive agent that needs time to act within the body. As such, we recommend getting treatment over several weeks. In this way, your body can take in and metabolize all the NAD you get before the next session.

After completion of one treatment consisting of several sessions, you can opt to continue treatments over time. Since NAD is an all-natural compound, your body does not need to metabolize it or get rid of any waste materials after you take it. In this way, you can potentially take NAD supplements continuously for maximum benefits.

Drip Hydration: Your IV NAD Solution for Brain Health, Delivered to You

Stress at work, battling traffic and congestion, and a host of other issues can strain your brain. Here at Drip Hydration, we understand the frustration you may feel. That’s why we offer NAD IV therapy delivery services that come to where you are. Simply book an appointment, let us come to you, sit back in your favorite chair and soak in all the NAD goodness seeping into your body.

Have questions? Want to know more about how IV NAD can help improve your brian health and help you stay mentally fit for years to come? Give us a call! Our staff is more than happy to answer any questions that you may have. We’re excited to help you reverse the effects of brain aging and feel sharp and focused.